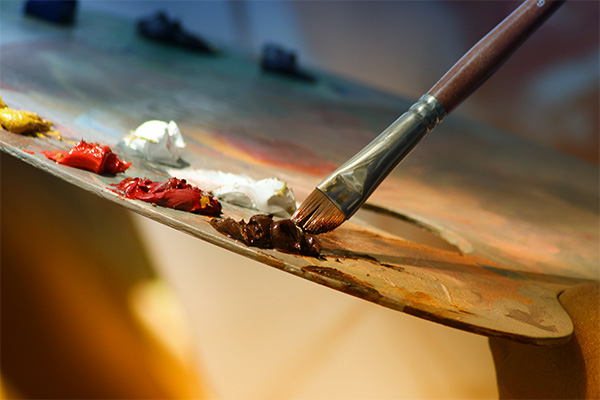 Jesus often spoke in metaphors and parables. His speech was often in an allegoric style. What does this really mean and how does relate to the Prophet and the Seer? Simply this. Jesus knew that if he could get us to see the “PICTURE,” we would obtain a better understanding of the truths he was trying to relay and instill in our lives.

Let us have a fresh understanding of what metaphors and parables mean.  ‘Metaphor:’ is a figure of speech in which a word or phrase literally denoting one kind of object or idea is used in place of another to suggest a likeness or analogy between them (as in drowning in money): broadly: figurative language – compare simile

‘Parable’: An example: specifically: a usually short fictitious story that illustrates a moral attitude or a religious principle

‘Allegory’: The expression by means of symbolic fictional figures and actions of truths or generalizations about human existence; also: an instance (as in a story or painting) of such expression

When ministering to people, we must be able to “get them to see” what it is that God wants them to know. God may speak a word to us, or show us a picture to illustrate what He wants us to relay to someone via the prophetic venue. He may give us metaphors and parables.  In order to do relay the important information, God has to first make His intent clear to us. We have to understand it before we can relay it to others. Seers are just that, those who can see the pictures and visions revealed by the Spirit. They are in turn, able to take the pictures and convert them into digestible words, which ministers to the intended party.

Seers, prophets and prophetic people must develop an understanding of the imagery God uses to reveal his intent. This only comes through the active participation of one waiting in prayer for the Holy Spirit to open the eyes of your understanding that you may ‘See’ with clarity the meaning of the metaphors, parables, and allegories used. With practice over time, this becomes easy.

Prophets in addition, are able to take the pictures and words spoken by God and relay these truths in a fashion that ministers, edifies, as well as brings correction as required by God.  Prophetic people must learn to creatively communicate with wisdom and with love in order to effectively minister to God’s people.

Let’s take a look at the parable of the sower to see if we “can SEE the picture.”

“And he spake many things unto them in parables, saying. Behold, a sower went forth to sow;” – Mat 13:3

“And when he sowed, some seeds fell by the way side, and the fowls came and devoured them up Some fell upon stony places, where they had not much earth: and forthwith they sprung up, because they had no deepness of earth: And when the sun was up, they were scorched; and because they had no root, they withered away And some fell among thorns; and the thorns sprung up. and choked them: But other fell into good ground, and brought forth fruit, some an hundredfold, some sixtyfold, some thirtyfold. Who hath ears to hear, let him hear.” – Mat 13:4-9

“Hear ye therefore the parable of the sower When any one heareth the word of the kingdom, and understandeth it not, then cometh the wicked one. and catcheth away that which was sown in his heart. This is he which received seed by the way side But he that received the seed into stony places, the same is he that heareth the word, and anon with joy receiveth it Yet hath he not root in himself, but dureth for a while: for when tribulation or persecution ariseth because of the word, by and by he is offended

He also that received seed among the thorns is he that heareth the word; and the care of this world, and the deceitfulness of riches, choke the word, and he becometh unfruitful. But he that received seed into the good ground is he that heareth the word, and understandeth it; which also beareth fruit, and bringeth forth, some an hundredfold, some sixty, some thirty.” – Mat 13:18-23

The imagery was very descriptive and clear. We can actually see it in our minds. And yet we understand the truths that Jesus wanted to communicate.

Before moving out in prophetic ministry, learn to spend quality time in prayer to get comfortable with what the Holy Spirit is showing you. Grow comfortable with what the Holy Spirit is speaking to you and on behalf of others.  Make sure that you have the full measure of the pictures, words and meaning. God wants you to be fully confident in your steps and have a strong prophetic flow. He wants you to have the strong prophetic flow that only comes from time in prayer and a true relationship with God.

May God’s Grace Abundantly Reign In Your Lives.

Get Connected With Apostle Ric & Prophetess Kathy with the Due Season Christian Church App! Available for Android, iPhone, Windows Phone and Amazon Go to: http://subsplash.com/dueseason/app
%d bloggers like this: