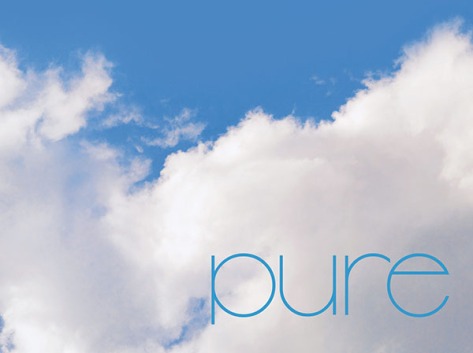 Keeping The Giftings Of God Pure And Undefiled

Every time we hear about someone selling a prophetic word via a $1000, $100, or $50 “Word” line, or a quotidian prophecy loaded with details of things to come and fully laced with “Thus sayeth the Lord,” we shiver with dread.

Our question is this. Why do ministers of God feel they need to make profit on the gift that was freely given to them? If someone stands before you in a $1000 prophetic word line, is that prophetic Word given more accurate and far reaching into the realm of the Spirit than the person who only has $10?

Does the person who only has $10 merely receive a sprinkle of holy water on their heads compared to receiving an in-depth word? Will they be asked to be seated because they cannot pay to the amount required? How is this any different then religions that offer “indulgences” for all those who have the money to pay for them? How is this any different than paying for a lucky rabbit’s foot? We are reminded that “Indulgences” are prayers offered to the one who can pay the fee. Lucky rabbit’s feet are simply tokens that people pay for to have some mystical protection.

We understand that a gift given in the name of a prophet brings a prophet’s reward. However, there is a big difference between a Free-Will gift that is given out of the joy of one’s heart and a ‘gift’ that has been extorted and extracted using clever manipulations.

Could it be there is a misunderstanding of the scripture as stated in 1 Corinthians 12:7,

”But the manifestation of the Spirit is given to every man to profit withal.”

Looking at the word profit in Webster’s dictionary the word means to make financial gain. However, as we study the word Gain/Profit in the Greek it takes on a different connotation. It means to be at an advantage, to be better for having, to be expedient, and to be good. It does not mean to make financial gain as pay me so we can bless someone with a Word from the Lord. It means God has given the gifts to the church where by as ministers, we can make the person’s life ‘better’ through the prophetic word. The person receiving that word should be at an ‘advantage’ because of what the Lord spoke to them.

In John Gills commentary on the subject, (to profit withal) it reads as follows;

“to profit withal; not to make gain of, as Simon Magus intended, could he have been possessed of them; nor to encourage pride or envy, or to form and foment divisions and parties; but for profit and advantage, and that not merely private, or a man’s own, but public, the good of the whole community or church, to which the least grace or gift, rightly used, may contribute.”

In Acts 9:24, Simon Magus was a sorcerer. One who fooled the people into believing what he said through the use of magic and the help of demonic spirits. Let’s look at other terms for sorcerer according to Webster’s dictionary; wizard, witch, magician, warlock, enchanter, enchantress, witch doctor, and mage. All of these terms describe anyone who would make themselves out to be something or someone great to take advantage of another for the control over them and for financial gain.

In Acts 16:16-18, we see a young damsel who had the spirit of divination which could have early passed as a true gift of prophesy, word of knowledge, or gift of discernment through a Prophetess of God. What she said was true concerning the men of God being servants of the most high. However, in verse 16 it states she brought her masters much gain by Soothsaying. Soothsaying on the surface looks very much like a true Word from the Lord. But it is not the same. It is backed through and through with the demonic. It is the spirit of the anti-Christ speaking, telling the people just enough of what may be true in order to sow seeds of lies and deception.

However, the men of God in these set of scriptures eventually discerned the young girls spirit after “many days” and realized what looked like a Word from the Lord was really a demonic spirit speaking.

How can you tell the difference between the real and the false? Looking back to Simon Magus, the sorcerer, and this young woman (On her way to prayer), you will see money was the motivator. Simon Magus made his living by fooling the people through words and vain deceits. This is true of the young lady as well. When the devil was cast out of her, the so-called gift was gone and her masters were very upset. Their money-making scheme was suddenly over. When the truth was revealed, the masters of the divining girl were angry and as a result, the men of God were persecuted and thrown into jail.

In II Kings 5 we see the story of Naaman the leper. After a reluctant start, this great leader yielded to the words of the prophet, Elisha, and dipped seven times in the river Jordan and received his healing.  As the story goes, Naaman wanted to bless the man of God for giving him the “Word” which brought his healing but the man of God did not feel led to receive the “blessing” (2 Kings 5:15). The prophet’s servant later in the story followed after Naaman and with iniquity in his heart took what was originally set aside for Elisha.

“And he said unto him, Went not mine heart with thee, when the man turned again from his chariot to meet thee? Is it a time to receive money, and to receive garments, and oliveyards, and vineyards, and sheep, and oxen, and menservants, and maidservants?”

The prophet says, ‘Is it a time?’ This indicates there that it was not a time to take but it was his time to bless, and he did bless Naaman. It also lead to the conclusion that there is a time to receive.

Another incident in scripture is found in Gen. 14:23, Abraham was given an opportunity to receive financial gain by the hands of the King of Sodom after a great victory that was won by him and his servants. Yet, Abraham would not receive what one would presume was his to take.

“To everything there is a season, and a time to every purpose under the heaven: “

God will reveal by his Spirit when and if, we are to take a blessing. God has made a financial provision for his ministers as well as for all of his people. In John 10:10

The word abundantly means God has a “financial endowment” when we walk and are obedient to his word with honesty and integrity. No true man or woman of God has to coerce, trick, or brow beat the people into giving.

What is so amazing to us, is because we live in a world where the spectacular is so often embraced, many people in the church will continue to follow those who are clearly making obscene financial gains using God’s people just to be part of the hype and be part of the “In Crowd.” Let each of us be led by the spirit of God and not by the craftiness, cunningness of men who use their charismatic gifts to call us to stand in line to pay for a prophetic word or for prayer. Don’t fall for the rhetoric and propaganda of speech similar to the voices that we have heard on the political scene. Those with these ‘familiar spirits’ seek to speak within churches. They employ strategies designed to make give where God has not led you to give. The swagger of flesh is not to be mistaken for the anointing. The bravado, inflections and the charismatic qualities of a voice without the heart of God is nothing more than a sounding brass or a tinkling cymbal which has come to clean out your pocketbook.

Have eyes to see.

May God’s Grace Abundantly Reign In Your Life,