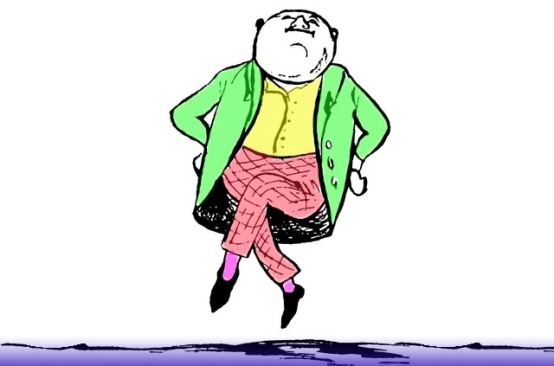 The lies of the devil don’t change much. Sure, they may be clothed with different faces and different scenarios, but it is still the same old stuff. He peddles the same old false teachings today as in the Garden of Eden.  Back in the day, in Genesis 3:5, Satan perpetrates the lie that Adam and Eve should eat of the forbidden fruit. He told them that their eyes would be open. He claimed that they would be as ‘gods’, knowing good from evil. The temptation that he presented leads to the promise of a “mental enlightenment”.  He purports a special or secret knowledge. Satan subtly plants the seed that there is more for them to know and that if they listen to and follow his leading, then they can have what God was trying to keep away from them.

When we transition from the days of Genesis to modern day, we see that the same old demonic strategies and techniques are used.  We find the most obvious examples in the prevalence of cults.  We were somewhat shocked to learn that there are an estimated 3,000 cults in the United States today!  Simply stated, these cult leaders are instruments of Satan.

“Ye are of your father the devil, and the lusts of your father ye will do. He was a murderer from the beginning, and abode not in the truth, because there is no truth in him. When he speaketh a lie, he speaketh of his own: for he is a liar, and the father of it.” – Joh 8:44  KJV

They are speaking the same lies as their father, Satan, and the lie is still the same. It is the same old song and dance! Just as back in Genesis, the seduction and appeal is that you can have a special ‘Hidden Knowledge’. This enticement gives the feeling and sense that ‘Hidden Knowledge’ will make them feel fulfilled.  By joining their secret societies, people are seduced by the sense that they will be of the “elite few” or special membership who will have an advantage over everyone else.  Satan appeals to the very core of man’s unredeemed spirit.  He preys upon those who are insecure in their identity in God. The unredeemed spirit is man’s base nature. It is the root of the attitude that they need to be better than their neighbor.  At the core of this thought process is the mindset that creates an illusion that they are actually indeed ‘better’ than others. Subsequently, it puts them in position to take, have and try to keep an advantage over others.  (Note, what we are speaking of is an entirely different mindset and thought process than good old fashioned ‘clean’ competition such as sports etc.)

We see the full-blown flower of this perverted plant through such concepts as racism, social elitism, and gender oppression.  We see it in the use of religions infused with demonic ideologies twisted for personal agendas.

Cult leaders and prideful men, all have the same common denominator operating in their lives. They are the ones looking to gain an unfair and ungodly advantage over others. So often it is proven to be true through their ungodly actions and deeds. They rob people of their finances and quite often, destroy the lives of the people they have seduced into believing their lies. They leave a wake of destruction and shattered lives as they plow their path through life.

Cult leaders have an uncanny ability to get people to follow them.  It is as though they have a hypnotic ability to mesmerize individuals and pull them into their web of deceit and lies.  Their ways are pernicious, harmful, damaging, destructive, injurious, hurtful, detrimental, deleterious, dangerous, adverse, inimical, unhealthy, unfavorable, bad, evil, baleful, wicked, maligned, malevolent, malignant, noxious, and poisonous.  Just to name a few.

In Deuteronomy 18:11, the Bible lists a practice that God finds abominable. That practice is “… a charmer..”  When we study out the definition of a ‘charmer’, it means to join, have fascination with, to be in league with a secret society or in agreement with a spell.  These cult leaders excel at the ability to ‘charm’ people.

The Bible also speaks of this concept occurring in the churches.

“But there were false prophets also among the people, even as there shall be false teachers among you, who privily shall bring in damnable heresies, even denying the Lord that bought them, and bring upon themselves swift destruction.

And many shall follow their pernicious ways; by reason of whom the way of truth shall be evil spoken of.

And through covetousness shall they with feigned words make merchandise of you: whose judgment now of a long time lingereth not, and their damnation slumbereth not.” – 2 Pet 2:1-3 KJV

How is the enemy able to feed such lies to mankind?  First, consider this…   if a person has nothing to eat, he will eat whatever is presented to him.  That person doesn’t realize that he is eating poison until it is too late. If a person has not eaten of the Bread of Life, which then they will always be hungry. They will look for things to fill themselves. People consume many things so that they ‘feel’ a sense of fulfillment. These ‘many things’ can include drugs, sex, violence, greed, the need to belong to gangs or cults and etc.

“And Jesus said unto them, I am the bread of life: he that cometh to me shall never hunger; and he that believeth on me shall never thirst.”  – Joh 6:35 KJV

“Then he saith, I will return into my house from whence I came out; and when he is come, he findeth it empty, swept, and garnished.

Then goeth he, and taketh with himself seven other spirits more wicked than himself, and they enter in and dwell there: and the last state of that man is worse than the first. Even so shall it be also unto this wicked generation.“  – Mat 12:44-45 KJV

Secondly, they are spiritually blind and cannot see. The scripture tells us that they were blinded by Satan, who is the god of this world.

“In whom the god of this world hath blinded the minds of them which believe not, lest the light of the glorious gospel of Christ, who is the image of God, should shine unto them.”– 2 Cor 4:4

As we spend time in prayer and in the study of the Word of God, our spiritual senses are sharpened.  As they are sharpened, we will be able to see that there are really no grey areas in God. The Word of God makes it as clear as black or white and good from evil. God increases our discernment and as He does, we will be able to hear the lies of the seducer. With increased discernment, we will recognize the deceiver and his strategies no matter how subtle his voice or how cleaver his plots are. As we grow in Christ, we gain increasing strength to reject Satan’s ubiquitous ploys.

Let us pray for one another as we are our brother’s keeper. Let the love of God proceed from your heart and pray that the eyes of your understanding are open so that you can discern the difference between good from evil.

“But strong meat belongeth to them that are of full age, even those who by reason of use have their senses exercised to discern both good and evil.“ -Heb 5:14 KJV

Remember, your prayers are important and never to be taken lightly.  As James 5:16 reveals “…..The effectual fervent prayer availeth much.”  Pray for those who have become tripped up and ensnared in Satan’s dark web.

Your prayers avail much.

May God’s Grace Abundantly Reign In Your Life

For more information, go to DoorsAndChambers.Com