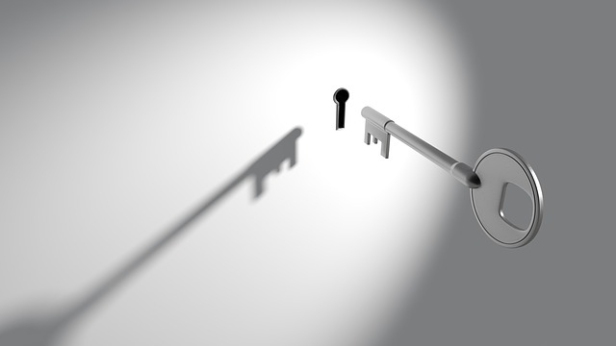 In studying scripture, we have come to learn that when something is repeated more than once, one should take note.  A great principal in the Word of God is found in the book of Matthew in two locations.  Let’s take a look at them both.

In both of these sets of scripture, Jesus is talking about the keys to the Kingdom of God which are “Binding and loosing.”  Much has been taught on this subject.  However, let’s take another look at the meaning of these words from the Jewish Perspective.  To ‘Bind’ means to prohibit, disallow or to not be in agreement with something. Thus, not allowing it to operate or to exist.  To ‘Loose’ means the opposite.  When ‘Loosing’ something you are saying, I am permitting this to operate. You are saying, it is allowed, and in essences, you are stating that you agree with its existence and permission to operate.

When one thinks of Binding, we usually think of binding the devil from operating in our lives or in a specific area.  We bind sickness and disease.  We have learned that when we bind something, we must loose the opposite.  In this case, one would loose health and wholeness.

As we’ve studied these scriptures, we’ve wondered why just two keys?  Shouldn’t there be many more or at least one more?  However, when we begin to meditate on the enhanced definition of what these two words mean traditionally speaking, we can see that these are principles God himself used through the entire Bible in one form or another.

This scripture tells us what the earth was like when it was first formed.  However, God did not allow, permit, and was not in agreement with how things were at that time.  So, in essence, he made a decision to do something about it.

As we read on in Genesis 1:3 we will see what God did about something he was not satisfied with.

He called forth light, in other words, He allowed and approved that light should exist.  He was in agreement with light.  He declared that it should be.  He loosed light upon the earth.

We see God bound the formless earth. He prohibited the void, and he was not in agreement with the darkness.  Therefore, he loosed, allowed, and permitted light.  He used the Keys of His Kingdom.  He spoked, declared and decreed what he wanted to exist.

As you read on in Genesis, Chapter 1, you will see everything that God allowed.  He even bound, would not allow the earth to be without His image and likeness in the land.  Therefore, He loosed, allowed and permitted His likeness, and image to exist by creating man.

As we read scripture, we will see endless examples of Binding and Loosing.  Another example is whenever Jesus encountered sickness or disease He would not allow, permit, be in agreement with it.  What did he do?  He loose, spoke forth and allowed and was in agreement with health, healing, and wholeness.

Let’s look at Jacob/Israel as he prepared to depart from this earth realm.  He gathered all of his sons before him.  He begins to speak blessings and curses over his children based upon their proven character and actions during their father’s lifetime.  In Genesis 49, starting at verse 3  through verse 27, he recounts each of his twelve son’s deeds.  Some of his sons received blessings and that which was good.  The things that the father permitted, approved and agreed with were loosed again upon that son.  On the opposite end, some sons did not receive a blessing.  They were withheld, bound and not permitted.  The blessings were not in agreement with what their father would allow.  As Jacob/Israel prayed over each of his adult children, he declared and decreed what he, as their father, agreed with. That would be their portion in life.  He either bound or loosed a blessing or a curse.

As we study scriptures, seek to discover the principles of Binding and Loosing.  You will find it on consistently throughout the Bible.  Think of David as he stood before Goliath.  He bound and did not allow the deprecating and faith-destroying words that this giant spoke against him.  He loosed and permitted The Will of God to go forth as he stood boldly before Goliath. David told Goliath exactly what he was going to do to him.  He loosed the words of victory and defeated Goliath before he physically ever slung the stone.

What are you allowing and permitting to exist in your life that needs to be prohibited?  Is it poverty or sickness?  Is it drama and stress? Don’t allow it to be there.  Speak to it your situation. Loose and be in agreement with The Will and The Promises of God.

Remember, bind the problem and loose the answer.

May God’s Grace Abundantly Rain In Your Life!

Consider Adding This eBook Resource To Your Library! 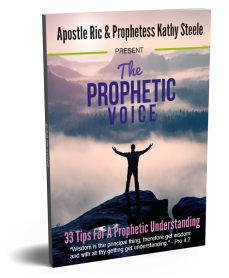 The Spirit of the Lord has placed things within our spirits for your edification.  From basic ministry perspectives to prophetic and discernment insights. Here are 31 things, that we pray will be a blessing to you!

Pick up your copy now!

Be sure to check out all of our blogs!

Get Connected With Apostle Ric & Prophetess Kathy with the Due Season Christian Church App! Available for Android, iPhone, Windows Phone and Amazon Go to: http://subsplash.com/dueseason/app
%d bloggers like this: